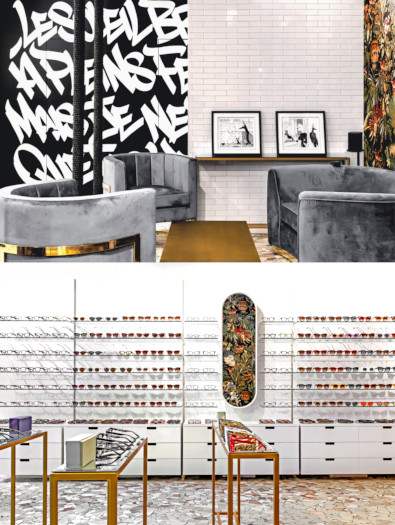 Eyewear Designer Thierry Lasry is teaming up with the prestigious French soccer team Paris Saint-Germain to launch an exclusive pair of sunglasses to celebrate the club’s 50 year anniversary.

The exclusive sunglasses come in three colors and two versions: a classic one with solid lenses and a more “blinged-out” one with Swarovski crystals around the rims. For the occasion, Thierry Lasry has developed an exclusive material in partnership with the prestigious Italian house Mazzucchelli using the three core colors of PSG: red, blue and white. The pattern is inspired by supporters holding their scarves above their heads when the players enter the field. Hand-made in France with the best craftsmanship techniques and traditional know-how, the frame combines blocks of acetate using a process more akin to sculpture than to regular cutting techniques. The collaboration is available now at selected Thierry Lasry stockists worldwide, at the PSG store, and on both websites: thierrylasry.com & store.psg.fr 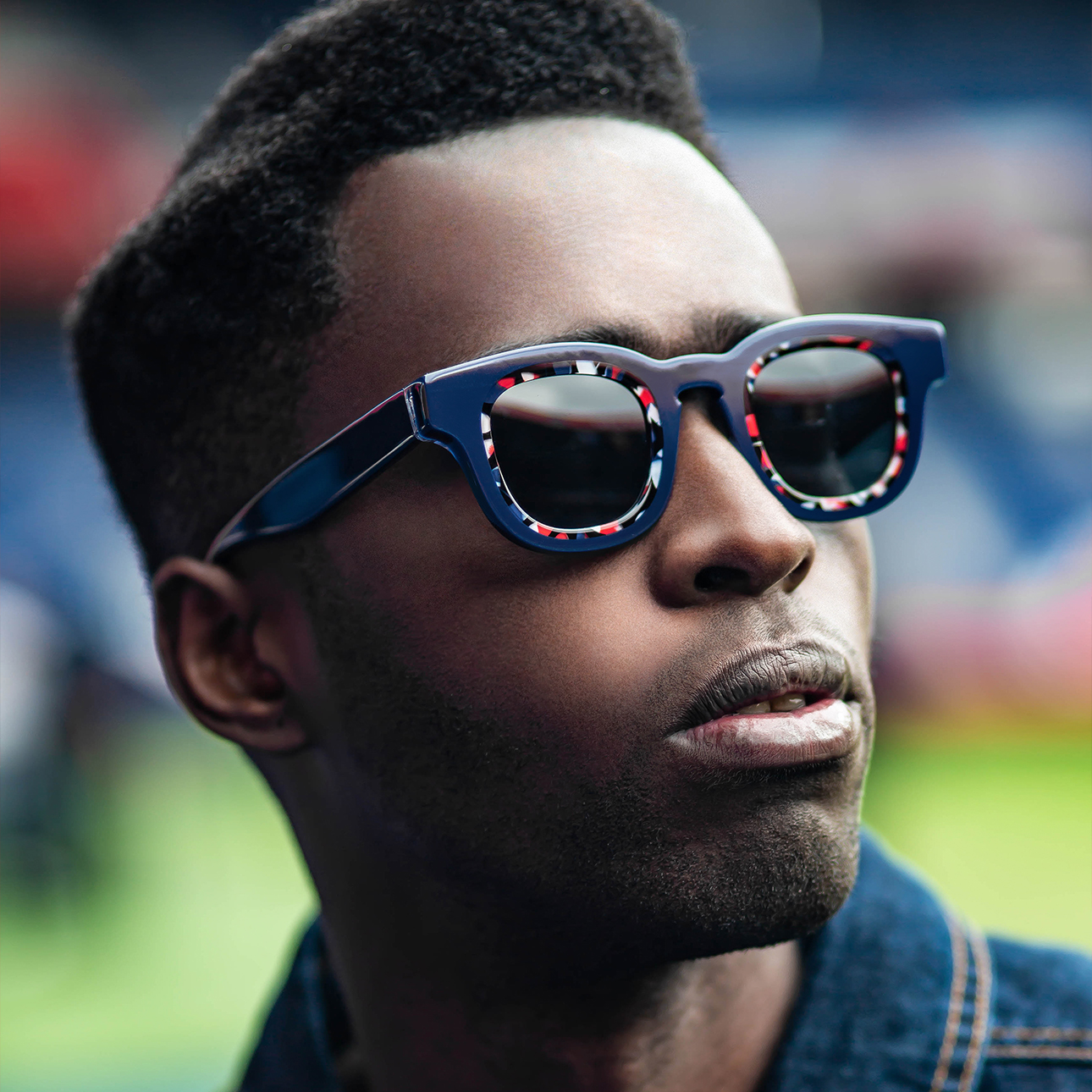 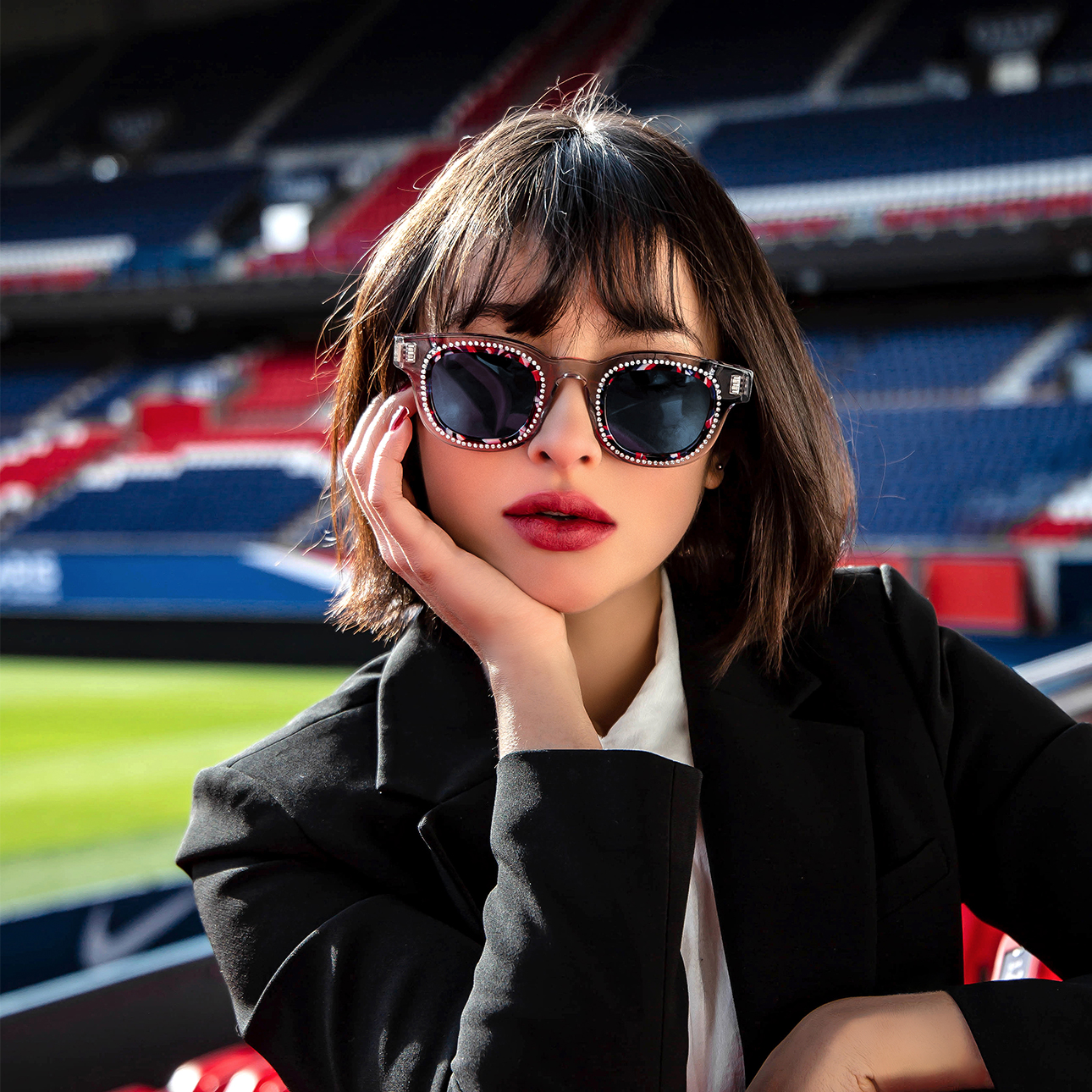 Thierry has always been a huge PSG fan, following the team since a very young age. As a teenager, he could always be found at the Parc des Princes (the PSG stadium) to attend every single game of the season and support his team. His very first game was the epic UEFA Cup quarter final against Real Madrid in 1993, one of the most magical nights in the history of the club, after which he attended every single game in Paris for many years.

Fabien Allègre, Chief Brand Diversification Officer said: “We’re very happy to launch this collaboration with Thierry Lasry, a real supporter and fan of the club since he was young. He is a talented and renowned eyewear designer all around the world and always up to unexpected collaborations. I am sure the PSG supporters and sunglasses fans will fall for the Paris Saint-Germain x Thierry Lasry collaboration pieces”.

Thierry Lasry is very excited and proud of this collaboration. “My heart has been beating for PSG for over 30 years - so for me, it’s a dream to get the opportunity to associate my name with the club. Even though I live in NYC for about eight years now, I am a hardcore Parisian at heart and would never miss a game no matter what the time difference might be. Sometimes my mood almost changes based on the results of the team! From the Ginola/Weah years to Pauleta and now Mbappe/Neymar, my passion for the team has always remained the same. I am also very happy to have brought my know-how and my signature to those sunglasses and have created a luxury product combining fashion and sport.” 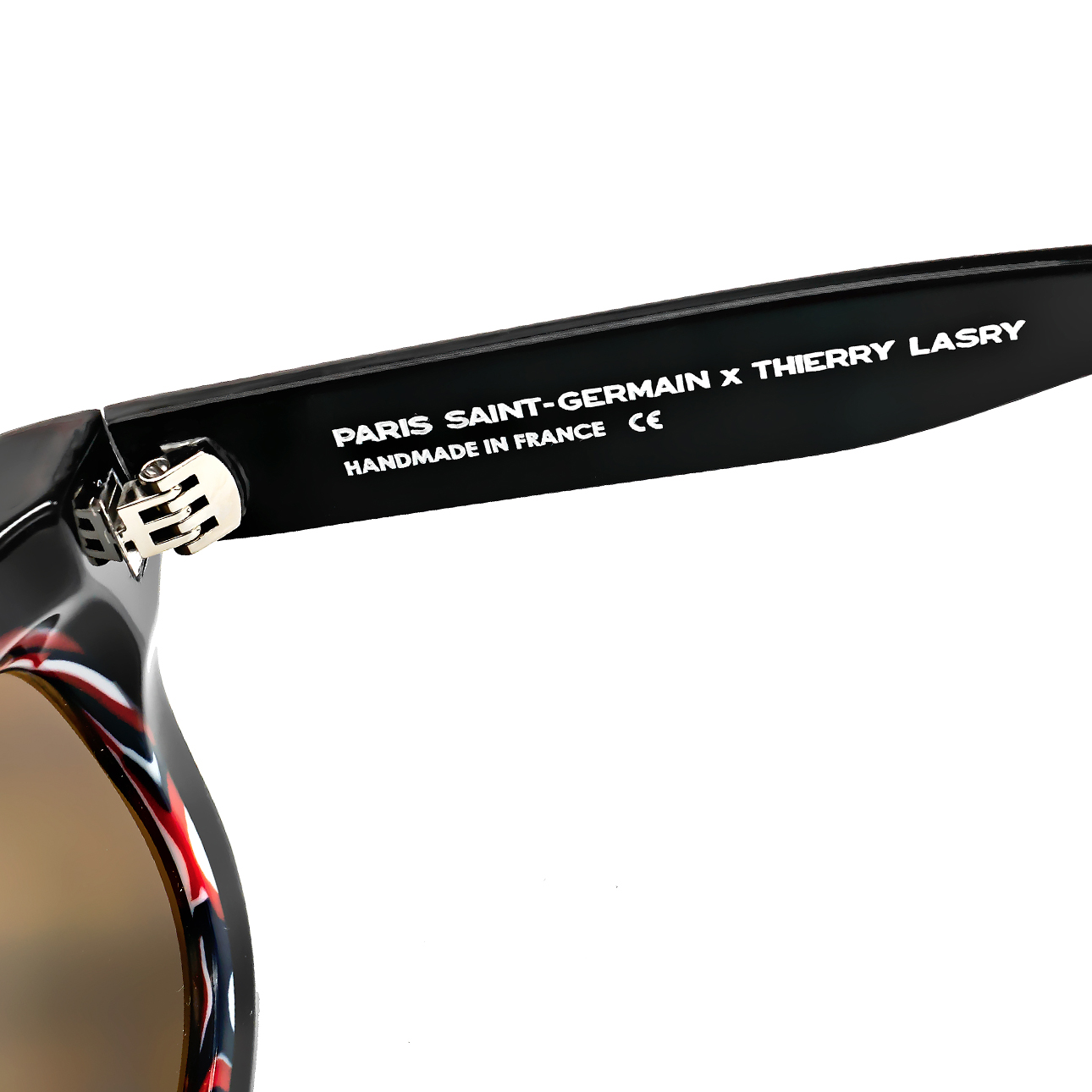 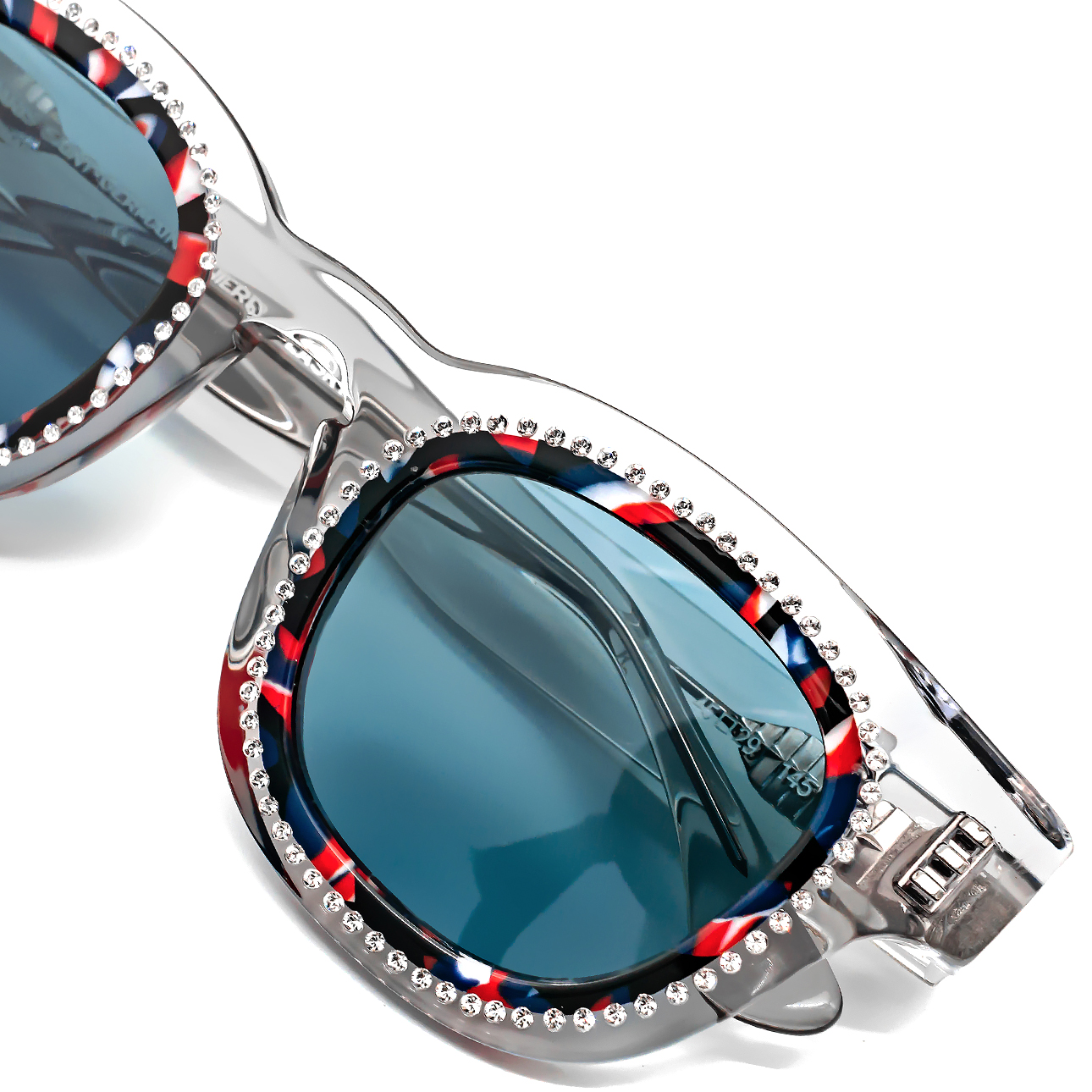 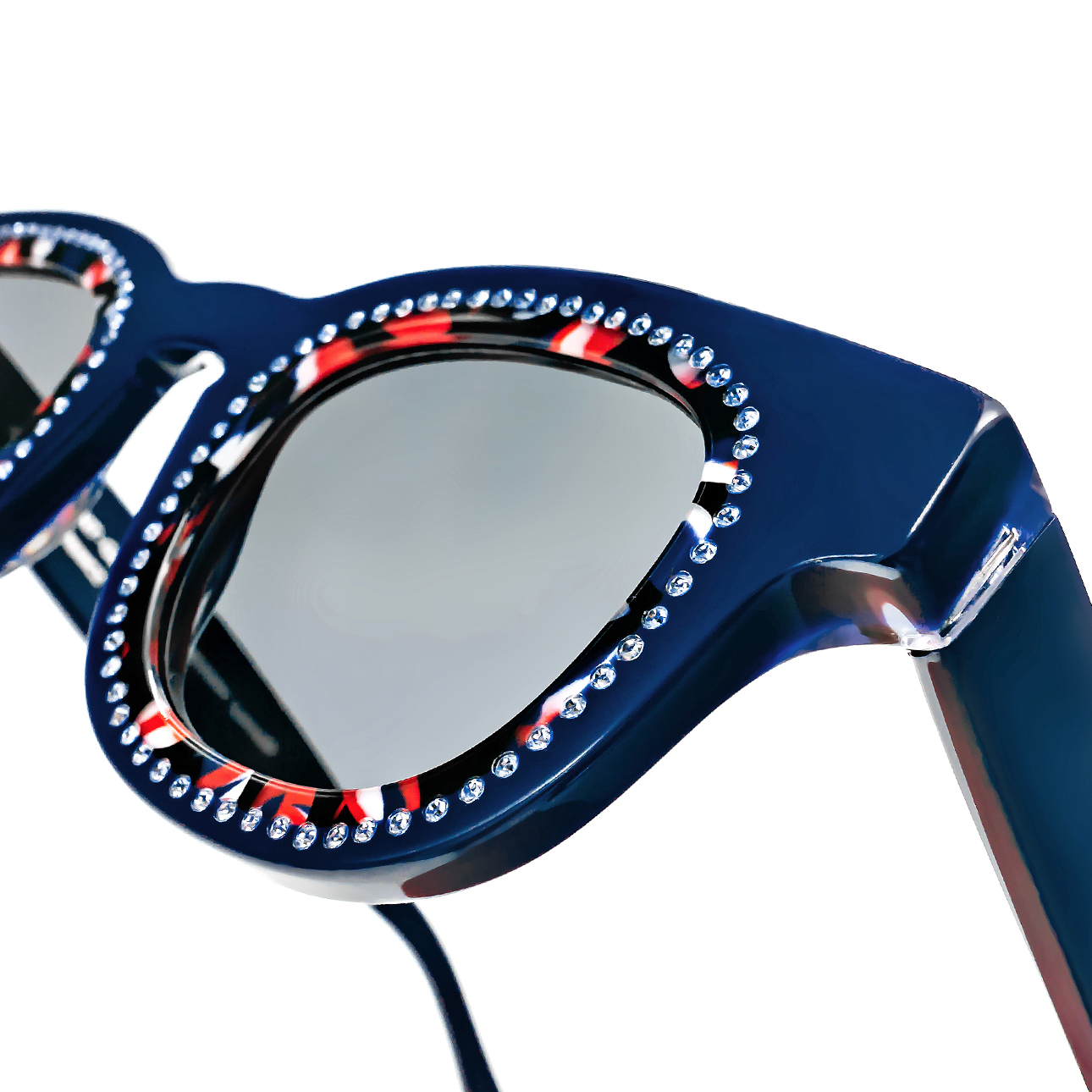 Paris Saint-Germain football club was created in 1970. Since QSI’s purchase of the club in 2011, it has been transformed into one of the top football clubs and global sports brands in the world. Paris Saint-Germain is connected with Paris, which is at the heart of the organization, under the philosophy of one unique city, one unique club. The club has since then won 18 trophies in only nine years, 43 overall in its history, becoming the most successful football club in France. Paris Saint-Germain has attracted many great players including Ronaldinho, Beckham, Ibrahimovic, and currently Neymar and Mbappé, both ranked amongst the top four players in the world. The international popularity of the club never stops growing. It is now the one of the most followed clubs in the world, expanding from zero to a community over 91 million social media followers in just 9 years. It has opened international offices in Doha, New York, Shanghai and Singapore. The pioneering sports club which now includes men’s football, women’s football, handball and judo also added esports in 2016. Giving back to the community is fundamental to the club, and PSG has significantly increased the capacity of its Foundation to develop large and efficient programs. Among numerous projects, the Red & Blue School project allows the Paris Saint-Germain to help underprivileged youths. 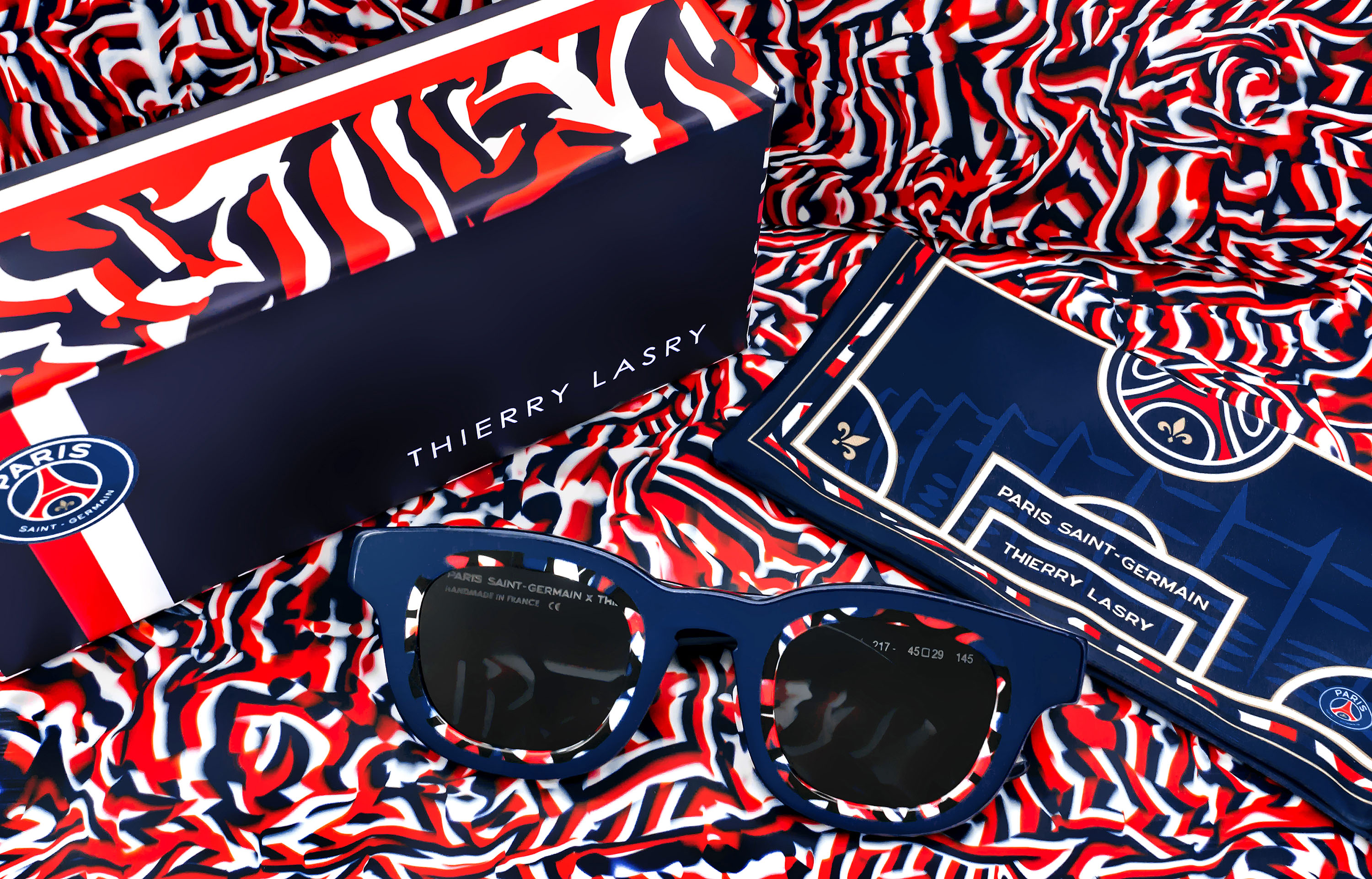 French designer, Thierry Lasry launched his eponymous sunglass line in late 2006. Raised in a highly creative environment by an optician father and designer mother, Thierry Lasry went on to create a sunglass brand aimed at a certain elite looking to distinguish themselves from the crowd. Thierry Lasry sunglasses are based on the concept of ‘futuristic vintage’ fusing vintage inspirations with an updated, modern and avant-gardist touch. The frames are entirely hand-made in France & Italy with the best craftsmanship techniques and traditional know-how. The collection is now distributed in over 30 countries, including exclusive stores like Bergdorf Goodman, Dover Street Market, the Webster, Patron of the New, Selfridges, Harrods or Le Bon Marché to name a few. The world’s greatest celebrities have been wearing different styles throughout the years from the collection including Travis Scott, Tyga, Usher, Offset, Rihanna, Beyonce or athletes such as Odell Beckham Jr, Russell Westbrooke, PJ Tucker, Kelly Oubre Jr and Kyle Kuzma. The brand has previously teamed up with Acne Studios and Fendi and currently has ongoing collaborations with fashion brands Rhude, Enfants Riches Déprimés, Koché & Mattel for Barbie. 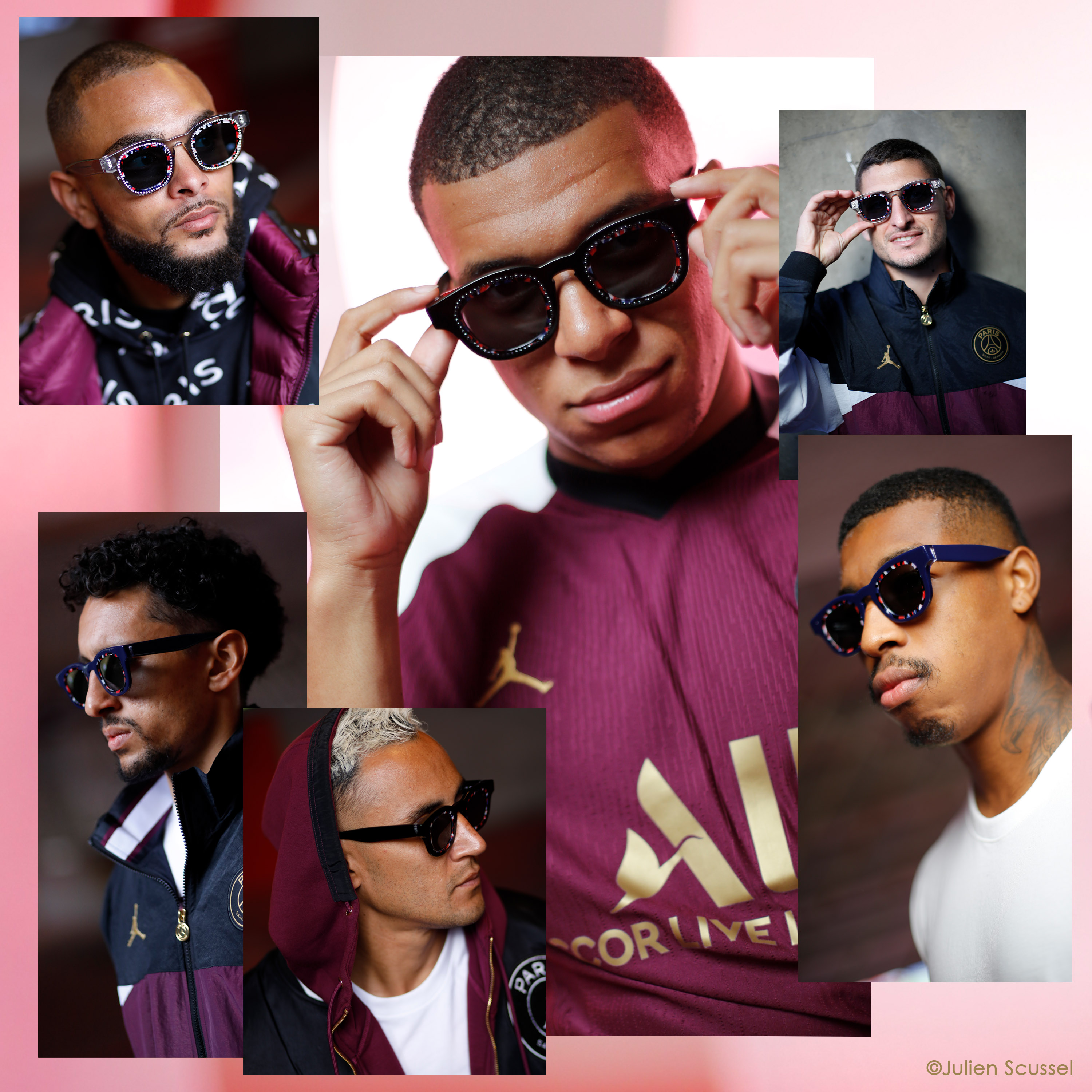